Skip to content
HomeReasons Why Believing In ‘The Illuminati’ Is More Dangerous Than They Are!

If you’ve spent more than an hour on YouTube looking at random videos then you’ve more than likely watched at least one video concerning the omnipresent force known by those who have ‘woken up’ as the NWO or the ‘New World Order‘. But if you haven’t, here is a quick overview of the all-powerful elite ‘ruling’ over us all. The NWO is supposedly being brought about by a group of super wealthy, white, christian figureheads who, behind the scenes, have been running our planet, and are responsible for everything, from the current financial crisis to alien cover-ups. Otherwise known as the Illuminati who may or may not be lizard people/aliens (the out of space kind not the illegal kind) they basically control everything from the media to your drinking water. (*) Well, I am about to call bulls**t on all the NWO conspiracy theories using nothing but a little logic. So here are some reasons why the NWO just doesn’t exist.

* I was going to post links, but, if you really want to delve into the insanity yourself, just go to YouTube and type in NWO/Illuminati and you can see it for yourself.

1 If They Are Planning World Domination Then They Are F**king Terrible At Their Job.

This is a very easy claim to make, for an example, just re-read the first sentence of this post, done it? Good. So this shouldn’t come as a surprise when I say “If your plans can be foiled by YOUTUBE you are f**king terrible at your job!”

Do you know the amount of people who get fired from work each year because of videos on Facebook? Neither do I, but a quick Google search brings up a ridiculous amount of examples of people losing jobs due to social media. Which goes to show, that if your plan to wipe out half of the world’s population or fake alien invasions or your moon base gets uncovered by YouTubers, you’re going to get fired. And with the amount of information about these plots doing the rounds it’s kind of hard to believe that ANYONE at ‘Super Secret Evil Corp.’ has actually managed to keep their job.

A lot of the videos on YouTube allude to the fact that this conglomeration of some of the sharpest minds in business and world politics, actually communicate their plans via subliminal messaging in movies. From what I can gather, this is either to filter this information to the public so that when they (eventually) try to take over the world we will accept it a little easier.

The other, less plausible and yet more prevalent, idea is that the ruling elite are using films, music videos, and TV shows to communicate their secret plans to each other.

Now, think about this for a minute, if you want to say, meet a friend down the pub a 9 and you want him to dress up like a pirate (not because its fancy dress just because you have been dying for a chance to call him a ‘Lily livered land lubber’ since your ‘Pirates of the Caribbean’ marathon.)

Is it easier to just text him and say ‘Meet you down the Kings at 9, its pirate thursday, dress up, we all are, be a right laugh.’ Or should you plan out his journey throughout the day and hire a group of actors to dress as pirates and intersect him as he passes through town while holding the number 9, and then pay his work mates to keep calling him ‘King’ all day while mentioning how thirsty they are in the hope that he will just work out what your intentions are?

Yeah, I think I know the answer, but lets not forget, these are not little plans like going to the pub. This is world domination they are planning, you know, the kind of thing that might need a little explanation or you know, planning. I’m pretty sure that even Kim Jong-Un has some sort of plan, even if it is scrawled on a napkin with only two stages.

3 Their Belief Structure Makes A Global Take Over A F**king Terrible Idea.

At the risk of beginning a theological debate here, I want you to take your personal beliefs out of this, and just see God as a theoretical being untill the end of this section.

Cool, right, after watching a few videos about the Illuminati/NWO it should become clear that IF the Illuminati aren’t aliens and are in fact real humans with hands and feet and spleens, then they are most certainly Satanists.

Now, this is why I said to take out your beliefs for a second. In order to believe in a real Satan that has the power to actively affect the course of human history, and a real hell in which you will most certainly spend eternity, how is that a good idea? Surely, if you have risen in the ranks to become a world leader or a business mogul, you HAVE to be smarter than these kids!

It’s not hard is it, I mean, if you believe in a REAL Satan, and a REAL Hell then you MUST believe in a REAL God and a REAL Heaven. Now Satan represents the first marshmallow, you can have a reward now but get nothing later, but God represents the second marshmallow, the reward for ‘good’ behaviour. As an adult, you learn to control impulses with logic, and there is no way you could become an important figure-head without being able to control impulses like, world domination and such.

But the reason why this is a REALLY f**king terrible idea, is that, don’t forget, they are trying to take over the world, a world in which only 31.5% of people are Christian. So that means that you have NO contacts in any country in which the main religion is, say, that little lesser known religion ISLAM! See if you don’t believe in a Christian God, you DON’T belive in a ‘Christian’ Lucifer, therefore you would not worship him. Make sense? And I don’t know about you, but when I play ‘Risk‘ I always find that it’s a lot easier to win when I have a lot of eggs in a lot of baskets, if I can help it, I will try not to alienate 68.5% of the board before I even start.

The Reason Why The Idea Of An NWO Is So Dangerous.

So we finally come to the reason why the idea of a ruling elite sitting on mountains of cash, setting fire to kittens and rubbing their hands on the warm afterglow of your torched happiness is really more dangerous than any of YouTube’s world domination scenarios.

You see the problem  with these kinds of ideas is that they are emotionally loaded with ideals of ‘good’ vs ‘evil’, and the words ‘good’ and ‘evil’ are themselves emotionally charged words. But they also have the effect of caricaturing the people you attach those words to. 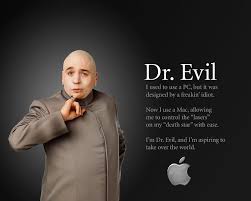 Once you have brought your emotions in on any thought process, then your judgement becomes clouded, which is the reason good salesmen will make you fall in love with an idea rather than a product. The idea of the Illuminati and the NWO clouds the fact that, in the UK for example, we have corrupt politicians stealing from tax money, people with disabilities being allowed to die in their homes, and companies more interested in destroying the planet, than helping it.

But its much easier to fight an idea with an idea than it is to fight real problems with real action, so we have a situation where people are too busy trying to suss out whether its aliens or lizard people ruling over us, rather than actually doing something about the pressing societal problems that face everyone.

And that’s why the NWO is dangerous, because there is no NWO, just an idea, of elitists trying to dominate the world, created by people who are too scared to stand up and actually try to change it.

10 thoughts on “Reasons Why Believing In ‘The Illuminati’ Is More Dangerous Than They Are!”