Ahh Russell Brand, Comedian, Actor, Dickensian (I’m going to pretend I know what that means for the duration of this post), we all know the name, we know the ‘Brand’ (in both its meanings), and we know pretty much all there is to know about his past. But it seems that people these days are a little quick to judge good ol’ Russell and I’m here to tell you why that might be wrong, bear with me, I’m going to tell you…. Now.

He Is The Answer The Left Has Been Looking For 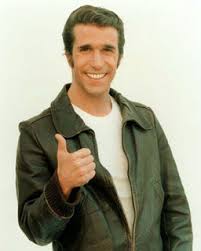 On the left though it seems that we have a lot of different people, each with their own voice (as people tend to have), but it’s to the point that we seem a bit disparate, it’s like we haven’t got a single person we can listen to and say ‘Yep, that dude know the score’.
I think this stems from the fact that us lefties are actually a bit of a cowardly lot, we’re always so accepting of other people right to speak, our own voices get lost in the maddening crowds we’re trying to communicate to. Russell Brand however has the ability to cut through all this with his ‘celebrity’ status. He walks the same path as Bill Hicks and George Carlin, telling you upfront what’s wrong, and he says it in a way that those on the left can emulate, which is the corner-stone of change (in my opinion). In the same way that I write so others will read, he speaks so that others can do

He Is Too Easy To Dismiss

Because he ‘was’ an addict, because he is a comedian, an actor, a ‘long-hair’ a person who says ‘Namaste’ (c’mon dude who says Namaste?) he is easy to write off as another freak with high ideals that’ll never come true.

But this is the reason you should listen to him, because people on the fringes of society are the people who know it best, in his book Revolution he talks a lot about the establishment and how to dismantle it, and how to bring about a new order (not a New World Order before the conspiracy nuts start hitting the comment section) of things.
The only reason he can do this is because he is not part of the established system, he is not someone who is in the pocket of an organisation that pays his rent and stocks his fridge. Owen Jones (Gawd bless ‘im) is an in-dismissed champion of the left in Britain, he rallies, he writes, he speaks, he does everything a good lefty should do. But at the end of the day, the Guardian writes his pay check. So he can write all he likes about how the media shouldn’t serve the rich but at the end of the day it is that media which fills his fridge with hummus, or nectarines, or pork pies or whatever it is he eats.
I’m not saying that Owen Jones is a slave to the media, but it’s like Bill Hicks once said about Jay Leno “everything you say is suspect, and every word that comes out of you’re mouth is now like a turd falling into my drink”.

My point is (yes I have a point!) that because he is given no credence by the establishment, he is the perfect person to dissect it. Just like the frog in your science class couldn’t dissect itself, so those in power (the establishment) cannot be the ones to dismantle it.

I’m not a guy who trusts easily, I mean if Russell Brand walked up to me in the street and said ‘You alright mate, shut your eyes, fall back and I’ll catch ya’

I probably wouldn’t do it. It’s nothing personal; I just wouldn’t fall back into the arms of some bloke because he looked like someone I recognised from TV again!

Similarly, I’m not a guy who will trust just because someone says they care about me, or care about my society, or the society of my children. How many times have you heard from New-Age bullsh*ters and snake-oil salesmen that they can show you the way? And all they need is your credit card number!

I’d like you to always remember that Russell Brand doesn’t have to do what he does to make a living! He could be doing YouTube video’s about, I don’t know, Hubba Bubba or Turtle sex (if like me you have the maturity of ten year old, for the love of God click that link!) or something else entirely.

But he doesn’t, he produces (almost) daily video’s that help people realise that the world we live in is not one we have to accept. I know that you can counter this argument with the fact that he obviously got paid for writing Revolution, but as he says within the confines of the book, he didn’t have to write it, he could have written Booky Wook 3! (Thanks for not doing that by the way)