The older you get the more likely it is that you’ll end up in some sort of relationship, you’ll meet someone and build a life together, and odds are one day you’ll wake up and there will be a tiny human jumping on your face demanding they watch Peppa Pig. This happened to me a few years ago, and then it happened again, and again. It’s estimated that raising one child until they’re 18 costs somewhere in the region of £230,000, so eventually you realise that if you’re going to spend £50-60 on a game it better be worth it! You might only be able to buy one game every two months and if that game ends up sucking that means you’ve ruined your childs chance of a University education for nothing. But it’s not all bad news, because if you do it right…

Gaming can be ridiculously cheap

When my PS3 died I thought my gaming days were behind me, if I can barely justify spending 50 quid on a game there’s no way I can spend £400 on a PS4, or triple that on a gaming PC, plus games to play on it. So I spent some time playing games from the app store, I put up with ‘micro transactions’ and waiting for ‘energy’ so I could press a button which allowed me press a button, which opened even more exciting opportunities to stare at the screen while my energy refilled.

There’s only so much of this I can take until I have to face the fact that I’m going to have to pay for a game, but that’s when I realised that if I was going to pay for a game I was going to buy a decent one. My PC isn’t even close to being top of the range but I felt confident it could handle a game that came out nearly 20 frikkin years ago, so I got onto Steam to check out ‘Thief: The Dark Project’. To my surprise I managed to score Thief 1, 2, and 3 for a tenner! 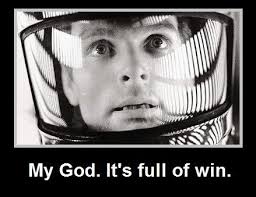 “I remember when all this was 32 bit fields”

I don’t want to s**t all over modern games, I know that there are some great titles out there, but the one thing that puts me off most of them is their insistence that I must enjoy multi-player. When I started gaming it was something I did on my own, I would buy into the world they had created for me and allow myself to become absorbed. If someone else wanted to join in, they were generally a friend of mine, and were physically in the room with me, playing with the Wotsit encrusted spare controller. 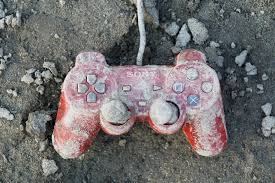 But now it’s like modern developers of games and consoles alike think that everybody wants their game interrupted by foul mouth twelve year olds.

Multi-player can be a great experience, especially when you can get a bunch of your friends together, but when you get older, it gets harder and harder to set aside time when all of you can do anything together, let alone play games. For instance I have been trying to organise a night out with one friend now for about 2 months! 2 months! If I’m not skint, I’ve got to look after the kids, and if he doesn’t have the kids, he’s skint! So trying to get a group of 5-6 people, all using the same consoles, at the same time, playing the same game for a reasonable length of time becomes a feat so insurmountable you might as well try to kick a dead squirrel over Mount Everest.

So with a modern game you have two options, spend £60 on a single player campaign you can finish in a day, or put up with being called a ‘fag’ by someone you can’t even punch in the back of the head when they start to win. 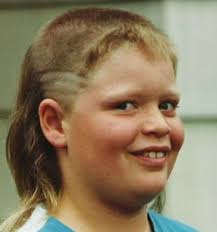 They Have Been Making Great Games For Ages!

This might come as a shock to the ‘Yoot’ of today (that’s how kids talk right?) but they have been making great games for decades now. GTA: San Andreas, Hitman, Splinter Cell, System Shock, Half Life; what have they all got in common? They’re all really f**king good and really f**king old games!

All those games cost a fraction of the price of one modern game, so even if you end up spending a fiver on a game that ends up sucking, it’s not the end of the world. This is by far, the best thing I’ve found about digging into the past of gaming, you can afford to experiment more, it’s like there’s a gold mine of old games from your memory just sitting there waiting to be played.
That’s the reason I started gaming in the first place, it wasn’t because I had nothing better to do, it’s because year on year, developers kept making brilliant games. Just because they’re old doesn’t mean they stop being fun, or intriguing, or mesmerizing, and that’s why being old and broke is awesome if you’re a gamer. It’s because you’re old enough to remember games from you’re youth that you loved, and can love again, and because for a fiver you can discover something new, even if it’s old.