I like to write stories, and most of my characters tend to be criminals, be they murderers, hackers, or just plain ol’ fashioned bad guys. But being a (reasonably) well-adjusted, (mostly) law-abiding citizen means that I’m the complete opposite of a plain ol’ fashioned bad guy in the sense of the characters I like to write about. I will rarely use anything worse than a strongly worded letter against a foe who has slighted me.

So this leads me with having to research things that I have little to no experience with, and where better to begin researching than with the internet? I’m glad you asked, let me tell you.

What with the NSA and GCHQ keeping tabs on all our emails, phone calls and Google searches, I’m almost certain I’m one poorly executed Google search away from a team of SWAT guys kicking in my door and taking me on a little holiday to Guantanamo Bay. So I have to use what few reference books I have to gather what little information I can, and then top it off with a liberal amount of bulls**t in order to complete my stories, but I really wish I wasn’t to scared to Google…

What Is Gun-Powder Made Of?

I know that Gun Powder has been in use in China for hundreds and hundreds of years, it has many useful applications, not just in guns and cannons but in those oh so pretty fireworks for Bonfire Night. But what is it made of? How does one produce it? I know it must be relatively easy to do, otherwise it wouldn’t have been used for such a long time.

The problem with wanting to know this is that any books or legitimate websites that can tell you anything about explosives (quite rightly) don’t give people the information to make their own. I know there are a lot of people who might use that information to hurt others or themselves, but, I am not one of those people!. So the only way I can find out is if I try to find non-legitimate websites, and considering the fact that I don’t want SO19 taking me down Bad Boys style with their shiny, shiny guns I’m not in a hurry to try to Google The Anarchist’s Cookbook. 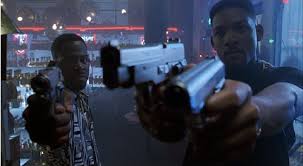 What Kinds Of Guns Are There? Which Are The Most Useful? What Kind Of Ammo Do They Take?

I’m sure you all know that a gun in the UK is a very hard thing to come by, people can’t just walk into their local ASDA and by gun’s or ammo, and there aren’t very many resources for finding out about how to go about it. But I have no interest in owning a gun, I’ve said before that I’m pretty sure I’d do more damage to myself than to an attacker, and I don’t like the fact that if you are going to pull a gun on an attacker or intruder, you better be prepared to use it. But that doesn’t mean that I sometimes want to find out about them.

In my stories, most of my characters carry weapons, which tend to be either described as a 9mm, a Beretta, a Glock, or a Colt. These are every characters weapon of choice because they are the only guns I have even the faintest clue about, I have no Idea what kind of ammo they take, what their stopping power is, how heavy they are, or what they look like. But if you think I’m going to Google it you have another thing coming my friend.

So untill I find some kind of book on weapons all of my characters will  carry a generic gun, that shoot slugs, and makes a noise like ‘pew, pew, pew’

How Do You Make Poison And Which Are Totally Undetectable?

I once wanted to kill off a character by having the protagonist make poison, and then I realised that I had no way of finding out how to go about that. I know there are poisons out there, Deadly Nightshade, Arsenic, 3am Kebabs, but I had no idea how my protagonist could make any of them (The secret to a poisonous kebab are a tightly guarded secret).

I vaguely know that you can get arsenic from potato’s, and deadly nightshade is a plant, but since I am not a botanist or a 16th century assassin I am never going to find out.

So I ended up having to write a really awkward scene where the protagonist went into a generic pub, found a generic bad guy, and bought the equivalent of a glass vial with smoke pouring from the top and a big skull and cross-bones on the front. But sometimes a story requires something a little bit more special, and far less Googlable, something like…

How Do You Hack A Computer?

I don’t think I really need to tell you why I refuse to Google this. All I can imagine is typing it in, and then somewhere in the depths of GCHQ all the computer monitors turn red and a picture of my face flashes on the screen while stroboscopes flash and sirens blare and the words ‘BAD GUY BAD GUY’ spin on a constant loop on those digital ticker sign things.

But again, I could go down the non-legitimate route, find ‘The Dark Net’ and use Tor browsers and what not to find a forum. But do you know whats even worse than being a Noob on Call of Duty? Being a Noob asking dumb questions to a bunch of hackers! I might as well print out all my naked selfies and d**k photo’s and hand them out as leaflets around town.

If I’m going to email a picture of my d**k to someone I want it to be on my terms thank you very much.