So, todays assignment for Blogging 101 is to expand on a comment I left on someone else’s blog yesterday, with a post today. I left a comment on the lovely Lydia Devadason’s blog regarding her post about her kids valiant attempts to break the bonds of their captivity and conquer the stairgates in their house (check out her post here http://lydiadevadason.wordpress.com/2014/04/25/safety-gates-siblings-and-stardust/). Her reply was that “there’s usually a small part of you that is slightly proud of these ingenious incidents – and we have a lot of those ‘don’t know whether to laugh or cry’ moments lol”, which has inspired me to write a bit more about ‘Things People Never Tell You About Having Children‘. Things like…

Kids Are Funny As Hell When They’re Learning To Talk.

Once you get past the screaming, and wailing, and blah blah blah-ing of your first baby, you will realise that they are suddenly forming words. Simple stuff like Mama, Dada, Juice, things like that start forming and eventually they will begin to form more complex sentence structure. The fun comes in when their ability to form a sentence over-takes their ability to form words. For example one of my daughters had trouble saying F’s and T’s so the number ‘fourteen’ became ‘whore-een’, which is about a 2 on the funny scale I’ll admit.

But the best example comes from my 2 year-old who, when she was leaving nursery the other day, accidentally bumped into a boy who was also leaving. Now, she loves stickers so she offered him one, trouble is, all her ‘st’ and ‘rs’ sounds come out as D’s. so she knocks the boy over, his mum picks him up, he turns to her and she said what sounded an awful lot like, “Oh, sorry d**khead!”

Now me and my Mrs gave that a 10 on the funny scale, the boys Mum wasn’t too happy, but what can you do? Hope that they start speaking properly sooner? Well that comes with its own perils because…

You Childs Questions Will Be Your Undoing.

Tell me what you see here. 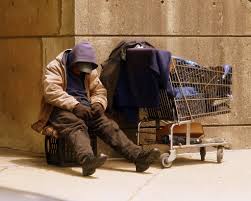 I’m guessing you answered ‘a homeless person’, well you know what your child see’s? Questions, lots and lots of questions. Here is a pop quiz, let me see how you do. Imagine I am 5 years old, imagine I believe in Santa, and that my entire knowledge of how the world works comes exclusively from Peppa Pig.

Did you manage to answer the questions without showing the ugly reality of the world to a 5-year-old, while still trying to make sure that they see you as a nice person, or the kind of person that deserves to be a parent? Yeah, they love their questions, but not as much as they love morality. Especially when it comes to…

The Twisted Morality Of Kids TV.

My kids love watching their early morning TV, favourites include, Peppa Pig and Lazy Town but they especially love Ben and Holly’s Little Kingdom. If you haven’t got kids then the odds are good that you haven’t watched it. Basically its about two kids, one is an Elf (Ben) the other is a Fairy (Holly), they have a little pet Ladybird called Gaston and they have magical mis-adventures that usually gets resolved by Holly’s teacher Nanny Plum.

Normally it is all the usual crap they have been spouting at children for years ‘Get along with friends’, ‘Respect your elders’, ‘Dont eat glue’ that sort of stuff. But I was watching an episode a couple of weeks ago, and the moral lesson contained within it was ‘Its okay to lie so long as you only do it when you need to exploit someone.’

You see, Nanny Plum had been kidnapped by a Witch, who wouldn’t set her free, so Ben had to go to the King of the Fairies to see if he could help. And by jingo could he help, he know exactly what to do, he went down to see the Witch, and began flirting with her, paying her compliments, and making out that he needed Nanny Plum to cook his dinner for him (even though Nanny Plum was a notoriously bad chef). The Witch was so flattered by the King that she let Nanny Plum go, after this happens Ben says to the King something along the lines of “But you were lying, the witch wasn’t beautiful, she was very ugly, and Nanny Plum can’t even cook!”

To which the King replied “Well Ben, sometimes it’s okay to tell a little lie to make people feel better about themselves, and then they might be nicer to you.”

So yeah King, cheers for that, its okay to lie to people’s faces so long as it gets you what you want.

So there you have it, some more wisdom from a parent, again I could go on and on about this subject, so look out for a part three. All I ask is that you please, just, keep the questions to a minimum, I have had enough of those today and I don’t need any more. 🙂