Yesterday I became jealous of a potato, it’s not something I’m proud of but hey it happened. Now potatoes, as I’m sure you are aware have had along history, from the humblest beginnings to becoming the most versatile of all the root vegetables, you can chip ’em, fry ’em, roast ’em, do whatever you want to ’em,

but the variation that dragged the green-eyed Kraken from the depths of my soul, was mashed. I did eventually learn a thing or two from the innocuous vegetable though, things like…

It’s Not All About Likes! (But It Kind Of Is)

I suppose at this point I should explain why I got so jealous over a potato, I was going through my WordPress reader, looking at all the posts from fellow bloggers which I follow, good quality posts as usual. Then I spotted it, a post from an undisclosed person, a post that succinctly described the complicated alchemy that is the creation of mashed potatoes.

At first I was relieved, I was glad that someone had taken the time out of their day to simplify the process for the layman, and then I saw that it had received 8 likes, EIGHT! For instructions on how to mash spuds!

This was how it started, I’ll admit, to my shame, that I was peeved, you see I had posted two days earlier (You can read it by clicking here if you want) and I was struggling to get views, and especially ‘likes’ which isn’t nice, but is part and parcel of the blogging game. But, you know, it got to me, see we writers are a bit of a funny lot, we tell the truth with lies, we’re generally introverted yet obviously exhibitionist, and we write for ourselves but need others to read it, because a word unheard is impotent, but a story untold is, well it’s nothing is it.

Philosophy aside, I never realised untill Potato-gate (I’m calling it that now, why do they add ‘gate’ to the end of these things? What did gates ever do?) how much page views etc actually meant to me, I came into this thinking “I’m just going to write whatever I want and if people don’t like it f**k ’em”. 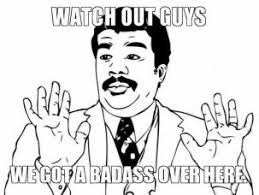 But it turns out that really, just like everybody out there, all I really want is validation, is that a bad thing? I don’t know, but it is difficult when you’ve worked really hard on a post, spend two hours writing it, another hour editing it, and then scroll through to find that a “recipe” for mashed spuds and a stock image of the offending potato is doing better than you are.
but this leads me neatly on to the next section, here it is, it’s coming……….. Now.

Turns Out People Are Quite Nice Actually.

So I was just about to leave a sarcastic comment on the Potato Post (Instructions not clear… D**k stick in toaster! if you’re interested), but I thought nope, leave it, I’ll only have to end up calling this Potato-D**k-Gate or something and that will just open up a whole new can of worms. So instead I invoked the angsty teenager inside myself and took to Facebook, had myself a little rant, and then went to do the washing up. 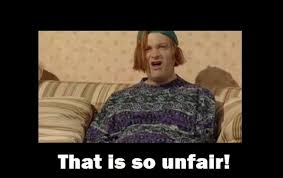 But as I washed up, my page views crept up, and suddenly views had surpassed every other day this month, and it felt really nice. Bloody salt of the earth my mates are, every single one of those delicious buggers had a little look at my page, and it really cheered me up, I had people sharing me post and what not, it was good, and that’s when I realised…

Sometimes A Potato Is Just A Potato.

As the evening went on, I soon realised that I actually wasn’t angry at the potato, I was angry at myself. I’ve been a little lazy when it comes to this blog, I’ve neglected it and put sloppy posts up that I hadn’t really thought through or worked on. So the dwindling views and few likes that I was getting was actually just a reflection of my own attitude. It’s easy for me to give up, it’s even easier for me to slip into a trap of not really trying, so that when something goes wrong I can just brush it off and say, ‘Oh well I never really cared about it anyway’, but I can’t do that with writing.

When you have a passion for something, it takes work, and practise, and it means having to hone your skills to become better. Rome wasn’t built in a day and all that, did the Emperor give up when the first Death Star was destroyed? No, he went right on and built a second one! That might be a terrible example, given that the second one was destroyed by a bunch of teddy bears and a squid, but you get the gist.

So from now on I am going to blog with renewed vigour, I can rebuild, I have the technology! Oh and in case you were wondering how to make mashed potato you have to;